Professor Mabel, one of Australia’s finest translators, researchers and teachers of Chinese literature, is the subject of Fu Hong’s portrait Professor Mabel Lee, a finalist in this year’s Archibald Prize.

It was a chance meeting about 20 years ago in Melbourne that started a lasting, creative friendship between Mabel Lee and artist Fu Hong, culminating in his third painting, Professor Mabel Lee, being selected as a finalist for the coveted Archibald Prize in 2021. And as Mabel explains, this brilliant work was a full 10 years in the making; but more on that later.

Mabel has fond memories of getting to know Fu Hong and his extraordinary art during regular visits to his century-old, French design stone cottage studio in the Montsalvat artist community, where so many emerging and established artists have presented and performed their work.

‘I would always spend a leisurely day viewing his artworks and chatting endlessly with him in the leafy courtyard that overlooked a densely wooded valley,’ Mabel said. ‘His artist partner, Echo, would intermittently join us to relax and enjoy the truly amazing meals and wines that Fu Hong always served.’

Mabel has observed Fu Hong’s changing style over time, culminating in her portrait which now hangs amongst 51 others at the Art Gallery of New South Wales, as an Archibald Prize finalist, in this, their centenary year.

Prior to relocating to Australia from China in 1990, Fu Hong was exhibiting and selling artworks in Singapore, Taiwan, the UK, Germany and France.

While admitting that he’s slowed down from producing about 100 paintings a year, to ‘about 75’, Hong takes enormous pride in the fact that of the 2000 works he’s produced since coming to Australia, ‘all have sold’

‘Based on my own observations it’s clear that during the past 30 year or so in Australia his subject has been predominantly the portrayal of adult humans: the face, the male or female body dressed, and the nude body of women,’ Mabel said. ‘In these, he variously explores form, skin texture, muscle, clothing texture, etc., and those populating such works are seldom of Chinese ethnicity. Also, it’s hard to discern any trace of the artist’s Chinese ethnicity.’

This is borne out through Fu Hong’s previous portraits selected as finalists in the ‘Archibalds’ – Dr Joseph Brown (2008) and Dame Elisabeth Murdoch (2009).

Hong is excited that his poignant painting of leading artist advocate Dr Joseph Brown was selected as one of the top 100 Archibald entries and is also now hanging amongst the Archie 100 exhibition at the NSW Art Gallery.

‘Some artists have had many more works selected as Archibald finalists but haven’t had one piece selected in this special exhibition to celebrate the 100th year of the Archibald Prize,’ Hong said. ‘It makes me very proud to be in such good company.’

But it’s the painting of his good friend, Mabel Lee, that delights him most. In every sense, it was a true labour of love.

‘Having known her so well, for so many years, and her special personality, I wanted to do something special for her,’ Hong said. ‘It’s also a celebration of a special generation of Chinese-Australians of which Mabel is a prominent member.’

While best known for his portraits, Mabel has pondered about his other choices of subject matter. These include a series of works inspired by dancers and musicians found on the Dunhuang murals. ‘For me that series is his exploration into how to infuse movement and rhythm onto the flat canvas,’ she said. ‘Fu Hong has also painted hundreds of still life works of nature in its abundance, particularly when they have been brought into the home and are standing in vases.’

Hong is now preparing for the biggest of his more than 60 solo exhibitions next year when he will celebrate his 60th year as a professional artist with a retrospective in Melbourne of many of his most favourite paintings, including Professor Mabel Lee.

Interestingly, the beginnings of Fu Hong’s Archibald entry Professor Mabel Lee came as an indirect result of the horrific 2009 Black Saturday bushfires in Victoria, which claimed 173 lives and destroyed thousands of buildings and homes.

‘Those terrible fires prompted Chinese Australian artists, including Fu Hong, to donate art works for sale in an exhibition called ‘Coming Home’ at the Australian Embassy in Beijing,’ Mabel said.

The exhibition’s sales raised $250,000 to support the bushfire victims but Fu Hong was furious on discovering that his two works had been ‘curated out’ of the exhibition. One was a sepia crayon portrait Mabel Lee which subsequently became the first draft of his 2021 entry for the Archibald Prize.

A work in progress

‘Afterwards, for roughly a decade, whenever we met, he would take many photos of my face from various angles,’ Mabel said.

This meant there was no need for her to sit or pose for the Archibald portrait. ‘Instead, for over a decade he had taken countless photographs of my face from various angles as I sat there talking, laughing and drinking with mutual friends either in Melbourne or in Sydney.’

Fu Hong submitted a portrait of Mabel wearing a black-and-white striped t-shirt and sunglasses for the Archibald Prize in 2018, but it wasn’t selected as a finalist. The portrait later featured at the 2019 launch of his partner’s Art Echo Gallery in Collingwood and it was subsequently sold.

‘Fu Hong’s sepia crayon draft portrait of me remained one of his favourite drafts and it had been maturing in his mind for a decade when he returned to it in February this year, finally resolving to bestow life to the portrait.’ Mabel said, ‘Following the dimensions of that first draft, he spent days drawing the outline, and then began working with pastel to create the softness of real skin according to the facial muscles. I was aware that he was fascinated by my single-lidded eyes, and he must have intuitively recognised that those eyes would be most interestingly expressed in profile.’

Hong says his portrait of Mabel is one of his largest works, and also one of his most challenging, taking several months to complete.

‘It’s very hard to use pastel on canvas and I chose sepia pastel to pick up the softness of Mabel’s face, eyes and skin, and through the brushwork also the softness of her heart.’ 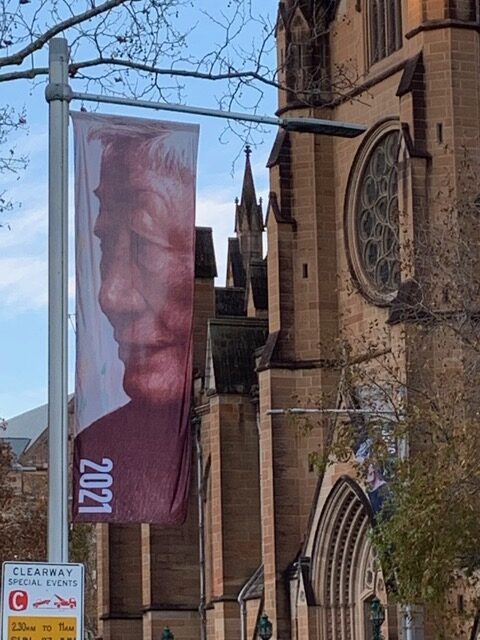 The work has drawn high praise since being selected as a finalist with Sydney Morning Herald art critic, John McDonald, writing in his review of the 2021 Archibald’s ‘when it comes to sheer skill, I doubt anyone can match Hong Fu, whose portrait of Mabel Lee is an excellent likeness in a subtle blend of oil and pastel. Even those who don’t know Mabel should be able to see that here is a woman who is good-natured and a little sardonic, with a personality that has refused to age. Fu provides all this useful information in the most economical manner.’

Mabel feels deeply moved about her friend ‘creating this extraordinary artwork in my honour’ and being the subject of an Archibald finalist painting. In her own way, Mabel is enjoying the celebrity that comes with being hung in Australia’s most prestigious art award. She recalls enjoying ‘celebrity status’ 20 years ago when HarperCollins Australia published her translation of Gao Xingjian’s novel Soul Mountain and just months after he was declared winner of the Nobel Prize for Literature. As special as that moment was, Mabel says that seeing her Archibald image on huge banners in prominent sites of Sydney confirms that she has been ‘painted into Sydney’s art history.’

‘I had previously enjoyed celebrity status in Sydney for a few years, but certainly not with as much aplomb and fanfare,’ she said.

Fu Hong was disappointed not to be able to attend the Archibald Prize events because of Melbourne’s COVID-19 lockdown ‘but he told me that his portrait Professor Mabel Lee had fully satisfied his own high standard for art creation, and that he was content with this knowledge,’ Mabel added.

Hong’s frustration having been caught in Melbourne’s lockdown, now continues with the most recent COVID outbreak in Sydney. ‘I can’t wait to see my paintings hanging at those two incredible exhibitions,’ he added.

The Archibald Prize 2021 finalists will remain on exhibition at the Art Gallery of NSW in Sydney until 26 September 2021.

Archie 100: A century of the Archibald Prize and the Archibald, Wynne and Sulman Prizes 2021 will also run until September 26 at the Art Gallery of NSW.

Mabel Lee is one of Australia’s finest translators, researchers and teachers of Chinese literature. A key member of the Chinese studies staff at the University of Sydney for 34 years, and where she remains an Adjunct Professor, her research deals with modern Chinese intellectual history and literature, with a particular focus on 2000 Nobel Laureate Gao Xingjian and 1999 (Italian) Flaiano Poetry Prize winner Yang Lian. She was elected to the Academy in 2004.

A mentor to many, students and colleagues describe Mabel as a teacher with extraordinary technical knowledge and command of both Chinese and English languages equally, who gives her students full respect for the classical Chinese language.  She teaches the power of writing and of translation – filling a blackboard 3-4 times over in a class  – and her scholarship, intellect and generosity to her students has been a major force in the development of China studies in Australia. 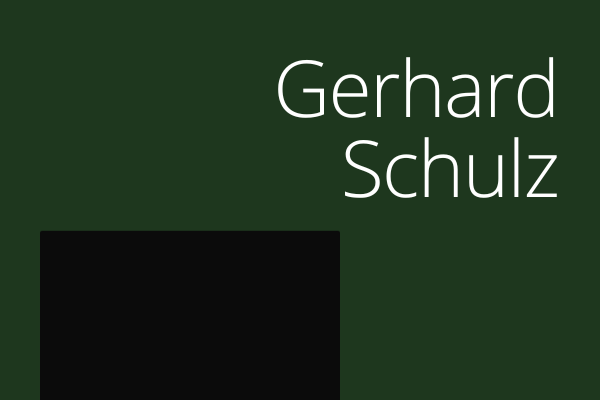 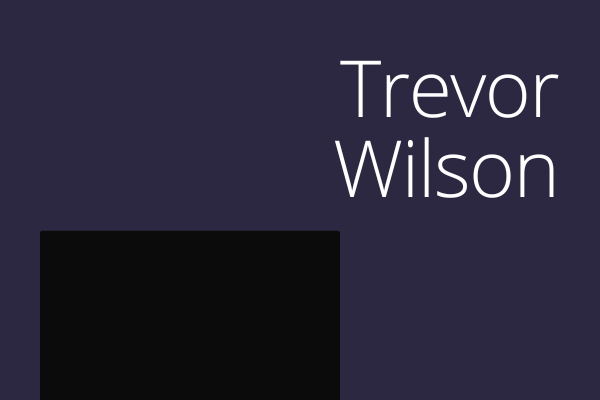 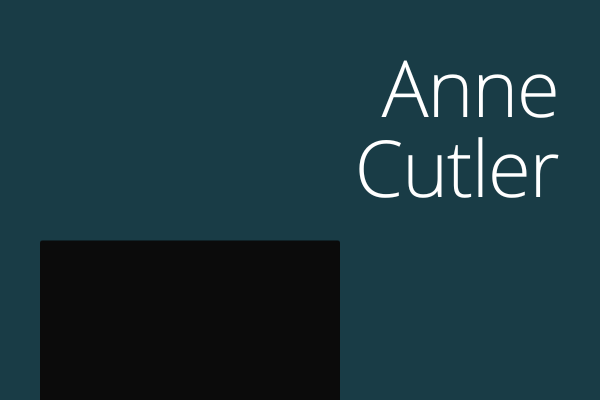