The Australian Academy of the Humanities sadly acknowledges the passing of Emeritus Professor Richard Davis, a prominent scholar of Tasmanian, New Zealand, Irish and Canadian history. He was elected to the Academy in 1997.

Richard Perceval Davis (1935-2022), Emeritus Professor of History at the University of Tasmania, was a distinguished historian elected to the Academy of Humanities in 2007.  Educated at Campbell College, Belfast, Trinity College Dublin, and the University of Otago, he worked principally on Irish and Tasmanian history, with contributions, too, to the history of New Zealand and Canada. He was notable for his diligence and facility as a researcher and writer, the range and originality of his work, and his innovative teaching.

Born in Nasik (Nashik) in India on 22 February 1935, Richard was a child of the British empire in its last decade. Harold Davis, his father, came from a Quaker background, excelled as a classicist at Trinity College Dublin, enlisted in the Great War, and returned to Ireland on the brink of Civil War. His romantic attachment to Ethel Owens, whose family was more prosperous and aspirational, lent urgency to his drive for employment and independence. He sought appointment in the Indian Forest Service and, after completing the required course in forestry, he and Ethel married in October 1921 and immediately set out for India, where two of their three children were born.

Although he was briefly taken to Ireland as a baby, Richard’s earliest memories were of life in India. He was coddled by his mother, elder sister and an amah, with whom he was encouraged to speak Hindi. At the outbreak of the Second World War, the family returned to Ireland. When Harold returned to India for a senior position in Sind Province, Ethel and the children stayed behind to wait out the war.

In 1945, after settling the elder children in boarding schools, Ethel took Richard out with her to India. With German U-boats still a threat, it was a bold undertaking. Since his father’s work involved travel around the province, Richard’s education was somewhat disjointed, with blocks of time at Karachi Grammar School and periods with his parents, benefiting from his father’s tuition and his immersion in a rich and exotic landscape and culture. The end of the war brought no respite in South Asia, with the movement towards Independence gathering pace and heat. At school, Richard experienced some hostility. He was surprised when a Muslim boy who stuck up for him skipped school to rally on Direct Action Day in August 1946.

On retiring from the Indian Forest Service In 1947, Harold returned with the family to Dublin. Richard was enrolled in St Andrew’s National School, his father’s old school. He caught up on lost schooling. He enjoyed literature and history, participated in school plays, and developed a passion for cricket and rugby. In September 1948, at the age of thirteen, Richard followed his elder brother to Campbell College in Belfast, an independent school that took boarders. Alone for the first time, he found the new environment challenging but stimulating. He developed a keen interest in history, a bracing subject in Northern Ireland. Given his origins south of the border, he was assumed by his classmates to be nationalist in his sympathies and in classroom debates he was assigned the role of a nationalist statesman. He later made use of plays and debates with his own students.

Achieving results that qualified him for a place at Trinity College Dublin, Richard was drawn to modern Irish history, finding inspiration in F. S. L. Lyons, then a popular young lecturer. After graduating in 1956, he went on to do a MLitt under Lyons’s supervision on the early years of Sinn Fein, focusing on Arthur Griffith’s advocacy of non-violence. Aware that there was then little prospect of an academic career in Ireland, he put aside thoughts of a PhD and enrolled in a teaching diploma. Even then the prospects were limited and, with no satisfactory post in prospect, he decided to respond to a recruitment drive for teachers in New Zealand.

Richard left Ireland in 1960, a peak year of Irish emigration. In New Zealand, he found his feet career-wise. Even more consequently, he found his soul-mate, Marianne Williamson, the daughter of a sheep-farmer and a fellow teacher, whom he married after a whirlwind courtship. She encouraged him to seek a position in the university sector which was then beginning to expand. In 1963, he took up a lectureship in history and politics at the University of Otago, where he taught a range of courses, including medieval and early modern Europe, American history and Indian nationalism. He also embarked on a part-time PhD, supervised by Professor Willie Morrell, on the Irish in New Zealand politics. It was a pioneering project at the time, and his findings on the issue of state aid for Catholic schools ruffled a few feathers.

In 1967, Richard joined the History Department at the University of Tasmania. He and his family arrived in Hobart in February, shortly before the disastrous bush fire. Awarded his PhD in 1968, he was making his mark as a historian. His work on state aid in New Zealand led naturally led to a similar study in Tasmania and a brief monograph on the topic. A fellowship at the University of Manitoba in 1970 resulted in several articles on Canadian history. Despite a heavy teaching load as a senior lecturer in a small department, the years following his return to Tasmania were prolific. Three books appeared in 1974: Tasmanian Gallows: A Study in Capital Punishment; Irish Issues in New Zealand Politics, 1868-1922, a revised version of his PhD thesis; and his best known work Arthur Griffith and Non-Violent Sinn Fein. Based on his MLitt, it incorporated new archival work and fresh reflection.

His Irish research continued to grow over the following decade. During study leave in 1981-2, he was based in Belfast. With Ulster on the brink of civil war he became interested in the ideologies of the rival paramilitary organisations. In weekly trips to the National Library in Dublin, he began to make headway on a new project on the Young Ireland movement, working through the papers of William Smith O’Brien, the quixotic leader of the rising of 1848, who was banished for a time to Tasmania. Back in Belfast for the academic year 1985-6, he completed The Young Ireland Movement, published in 1987, wrote a first draft of his book on convergence in ideology and organisation of revived paramilitary organisations in Northern Ireland, and gathered material for a short book on the career of Smith O’Brien, published in 1989, a taster for a larger enterprise.

An active member of the Tasmanian Labor Party, Richard during these years also researched its history and published Eighty Years’ Labor: The ALP in Tasmania in 1983. He took on a commission to write the centenary history of the University of Tasmania, completing Open to Talent on schedule for publication in 1990. Engagement in Irish historical and contemporary politics was a continuing preoccupation. His study of paramilitary ideologies, the product of arduous labour in the newspaper archives and fraught encounters in Belfast, was published in 1994 as Mirror Hate. The Convergent Ideology of Northern Ireland Paramilitaries, 1966-1992. An ARC grant provided funds for the transcription of the journal of William Smith O’Brien. In 1995 he had the satisfaction of hosting the Eighth Irish Australian Conference and presenting Tom Keneally as the star turn. During this time he also completed and saw through the press ‘To Solitude Confined’. The Tasmanian Journal of William Smith O’Brien’s 1849-1853, a fine, scholarly edition, with a foreword by Prime Minister Paul Keating.

Richard was twice Head of Department at Tasmania, as well as Associate Dean, roles undertaken during a period of severe budgetary constraint and a changing institutional ethos that stimulated his strong defence of the humanities. Following his retirement in 1996, when he was accorded the title of Emeritus Professor, he was able to complete his biography of Smith O’Brien and pursue other projects. His Revolutionary Imperialist: William Smith O’Brien, 1803-1864 appeared in 1998 to general acclaim. As Alan O’Day observed in Irish Historical Studies, O’Brien ‘has had a monument in Dublin for well over a century, but until now he has lacked a biographer. It has been worth the wait …’ In the career and writings of O’Brien, Richard found much to engage his interests and sympathies. He collaborated with Stefan Petrow in preparing an edition of the journal of Sir William Denison, O’Brien’s bête noir In Tasmania. He subsequently edited O’Brien’s travel journals, published in Dublin in 2013 as Travels of Smith O’Brien in Europe and the wider world 1843-1864. In the mean time, his academic standing and career achievements were recognised in his election as a Fellow of the Australian Academy of the Humanities in 2007.

In retirement Richard remained warmly engaged with the local community, offering a range of courses at the University of the Third Age over two decades, and extending his history of the Tasmanian Labour Party into the new century. To reduce the angst of dealing with publishers and speed up publication, he and Marianne set up their own publishing enterprise, Sassafras Books. Under this imprint he published Irish Traces on Tasmanian History 1804-2004 (2005); Ulster Enterprise and Public Service in New Zealand and Victoria: J.S.M. Thompson and G.V. Shannon (2006, 2nd ed. 2010), a scholarly work, co-written with Marianne, drawing on family records; The Wry Smile of an Irish Tasmanian (2017) a lively and informative memoir; A history of the Tasmanian Labor party 1902-2017 (2017); The vision splendid of Senator Justin O’Byrne (2019); and The idea of a university and its enemies: Socrates to SCOM0 (2021).

Richard’s deep commitment to learning thus leaves a remarkable range of work across the history of several countries, befitting a person whose life experience spanned late imperial India, Ireland, New Zealand and Tasmania. Shy and ill at ease in company, he was courteous and kind, facing the world with a wry smile. He was driven and competitive as a cricketer and a scholar, but with a sense of fair play and a social conscience that informed his research and remains his legacy.

Emeritus Professor Davis was born in India and educated at Trinity College Dublin. He lectured in history at the University of Otago from 1964 to 1966 and, from 1967, taught numerous courses at the University of Tasmania. He also served two terms as Head of Department there.

An eminent historian of Irish political history, he published books on Sinn Fein, the Young Ireland Movement, the Ulster Troubles, and Irish influence in New Zealand and Tasmania. His research on the Young Irelanders in Van Diemen’s Land, and especially his biography of William Smith O’Brien, was internationally acclaimed.

A dedicated historian of Tasmanian political life, he published on capital punishment in Tasmania, the centenary history of the University of Tasmania, the Tasmanian state aid issue, and the Tasmanian Labor Party, the last culminating in A History of the Tasmanian Labor Party 1902-2017 (2017), the only full history of a political party in Tasmania. His ardent defence of the value of the humanities was expressed in his most recent book, The Idea of a University and its Enemies: Socrates to SCOMO (2021), reflecting on the current social and political landscape of Australian universities.

Emeritus Professor Davis passed on 12 July 2022. We extend our deepest sympathies to his wife Marianne, his children Michael and Barbara, the wider Davis family, and his friends and colleagues. 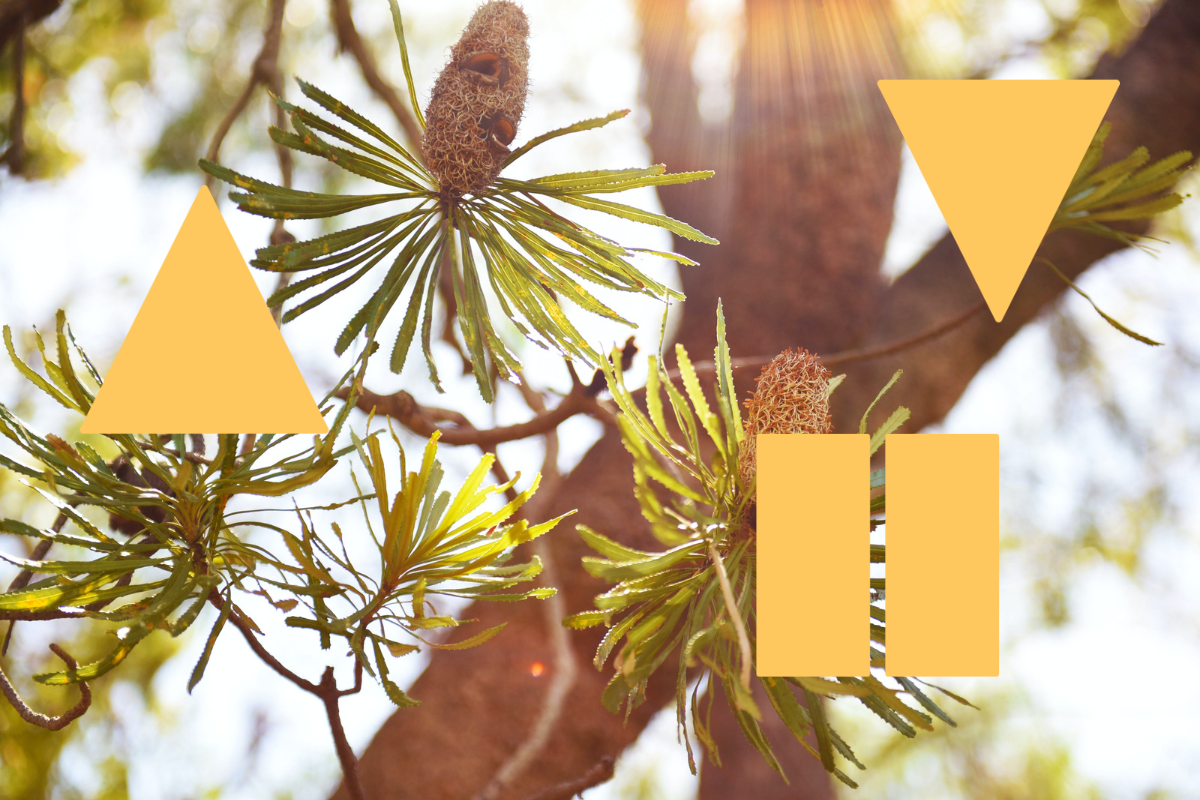 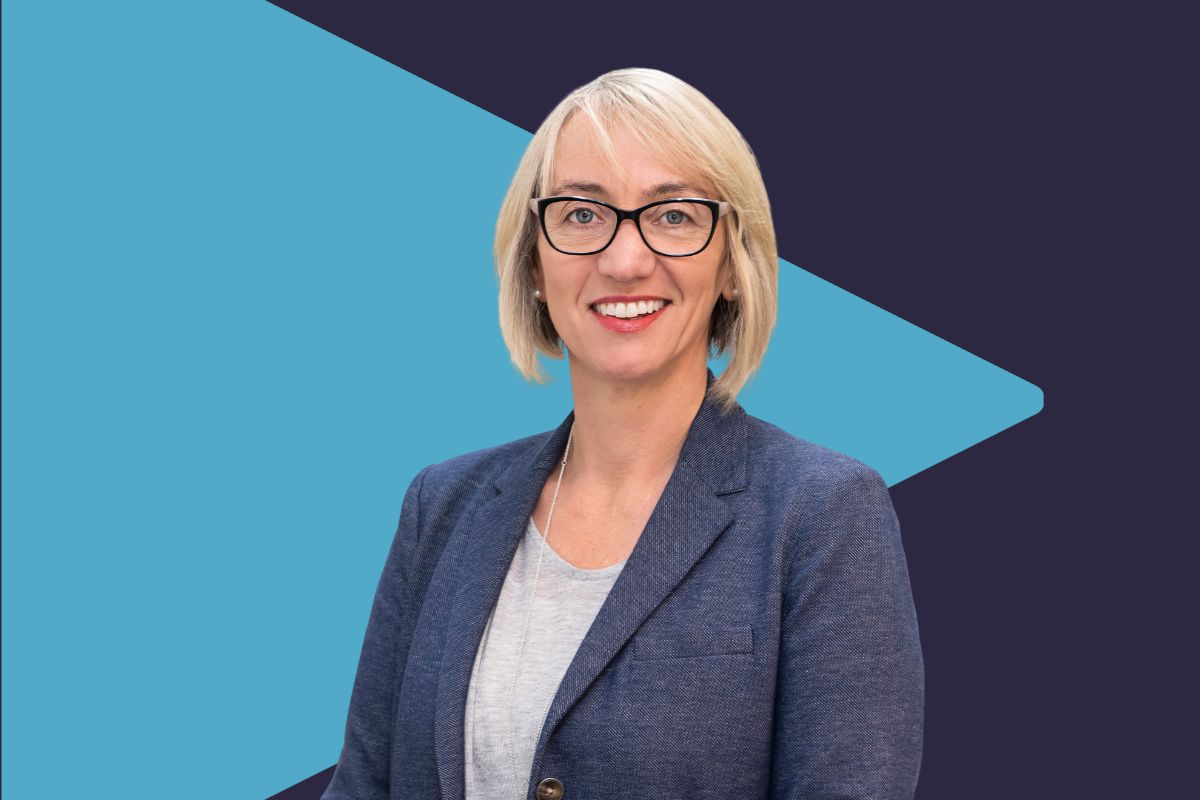