Being Humane: A Contested History

On the 14 November in Brisbane, the President of the Australian Academy of the Humanities threw down a challenge to governments, decision-makers and the Australian community, calling for an end to what she described as a re-run of the White Australia Policy. 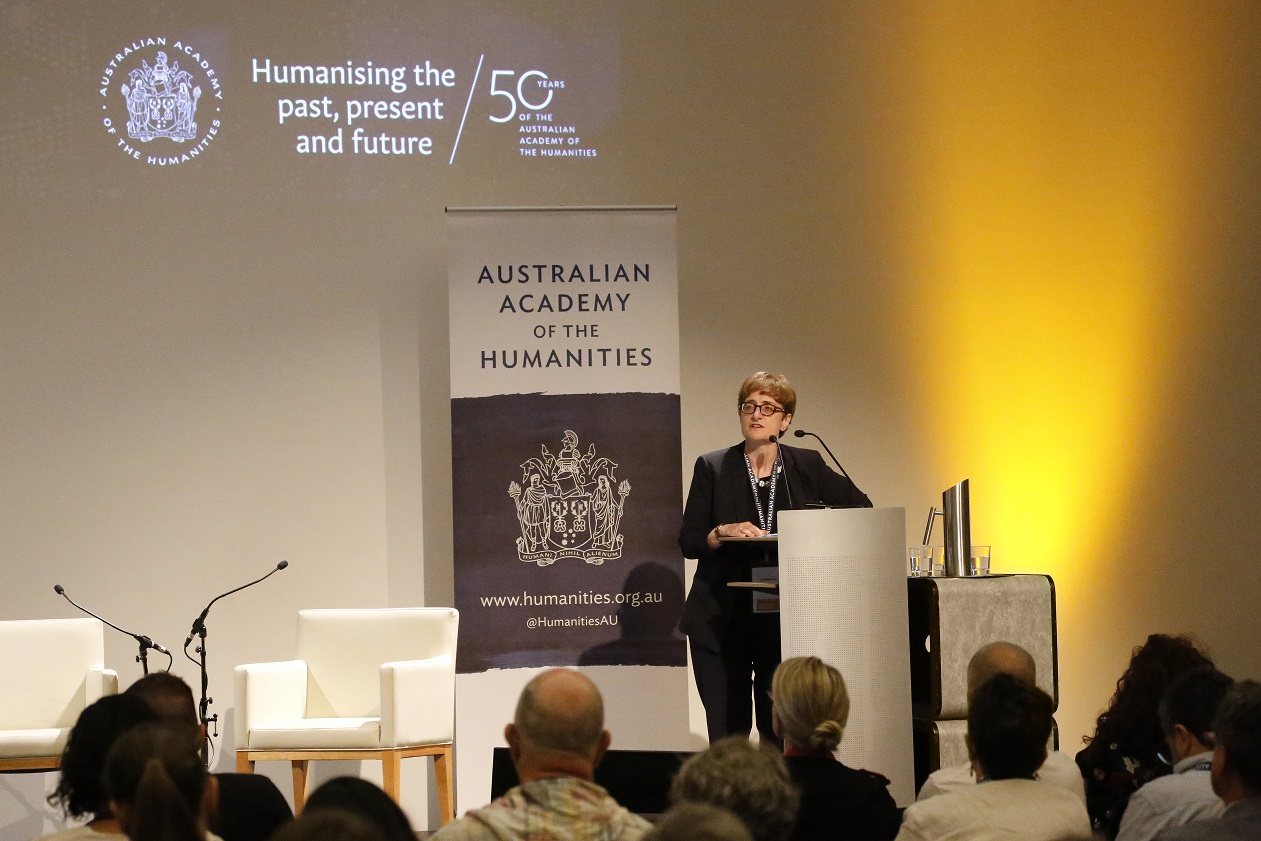 Photo: T.J. Thomson“I reference two areas: our demonisation and inhumane treatment of refugees and asylum seekers; and our inability to recognise the distinctive rights that Indigenous Australians hold as the original peoples of this land” Professor Damousi said.

“Under Menzies, post-war Australia evoked an unprecedented humanitarian response, opening its arms to those dispossessed, largely from Europe. In the late 70s and early 80s, Australia opened its borders again, to receive thousands of so-called Vietnamese ‘boat people’. Critics feared this would create a flood, and it did, and Australia today has been so enriched by these new Australians. Instead of threatening Australian values, they have enhanced them.

“In recent times, under successive Labor and Coalition governments, the moral question of assisting refugees and legitimate asylum seekers has been fundamentally lost, generating an attitude which is inward-focused and retrogressive, hardening borders in ways which are reminiscent of the White Australia regime.

“While Menzies treated the post war refugee dilemma as a ‘moral problem’ about helping humanity, today’s response in ‘fortress Australia’ is racialised and political, resulting in gross cruelty of asylum seekers, unparalleled in the world.”

Professor Damousi said Indigenous Australians have also been let down by the recent policies of discrimination and populism. “It saddens me greatly that the Turnbull government rejected out of hand, the Uluru Statement of the Heart, drawn up by 250 Indigenous community leaders. As a result, the long-awaited constitutional recognition to formally recognise Indigenous Australians as the original inhabitants of this country now seems further away than ever” Professor Damousi said.

Australia cannot move forward towards our Academy’s goal of ‘humanising the future’ without first recognising the need to give a voice to our First Peoples in the constitution. Until this is addressed, ‘being humane’ in Australia remains unresolved and a highly contested, even absurd concept.

The podcast is now available and an edited version will feature in Humanities Australia in 2020.

About the Lecture Series

Every year the Academy invites a Fellow to deliver the annual Academy Lecture, with the expectation that each new Academy President will deliver one during their term of office. The long list of lectures that have been presented is in itself a potted history of the Fellowship, and richly displays the breadth and depth of their scholarship.