Learning lessons from Antiquity about coping with grief

Grief is a universal marker of humanity, and the pain of bereavement and loss was felt as keenly in Ancient Greece and Rome as it is today. Han Baltussen is studying how the ancients wrote about grief and consolation, and he believes their works contain important lessons for modern society. Chief among them, he says, is the therapeutic power of language. 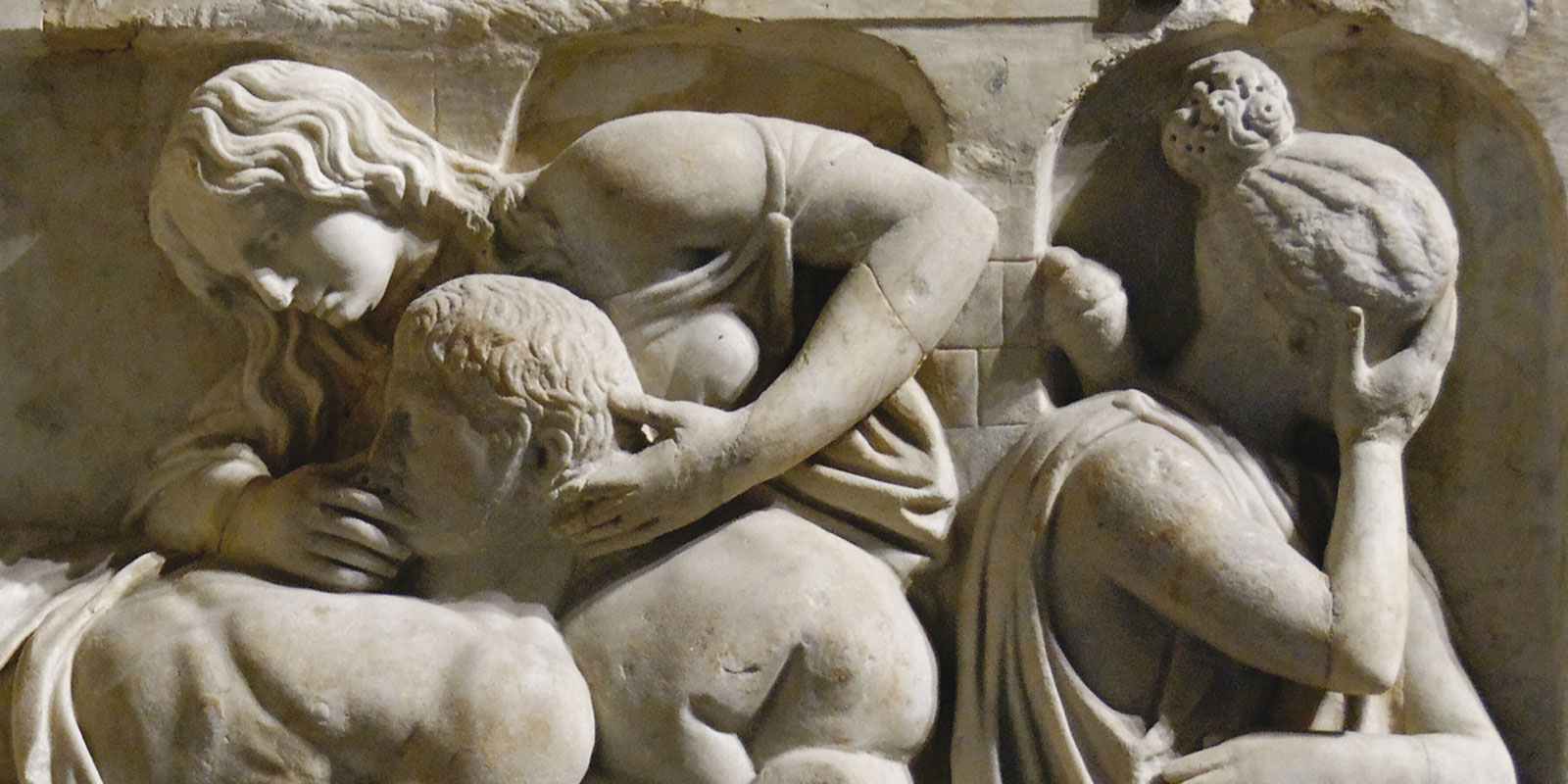 Through words we not only articulate thoughts and feelings—“give sorrow words”, as Shakespeare put it—but are able to rationalise and reconceptualise the death of a loved one. Language is also a means for comforting the bereaved.

A professor of classics at the University of Adelaide, Baltussen cites the example of Cicero, the Roman orator and politician, who was plunged into deep mourning after his daughter, Tullia, died in childbirth in 45 BC.

Cicero first poured his anguish into daily letters to a trusted friend, Atticus. He then read everything he could find on the subject of grief – and, dissatisfied, wrote a ‘Self-Consolation’. Finally, he penned a philosophical work reflecting on the subject within a wider framework of human emotions.

Those three stages mirror what modern psychology calls the “process” of dealing with bereavement.

Baltussen points to similarities between ancient and modern coping strategies, which he says reflect the “universality of loss”.

Techniques of cognitive-behavioural therapy, for instance, echo the rational approach of the Stoics. The Ancient Greeks also recognised the benefits of what is nowadays called narrative therapy.

Learning of the death of his two-year-old daughter while travelling, the philosopher Plutarch wrote a letter of consolation to his wife in which he recalled how the little girl would “generously invite” her dolls to eat with her. He was “‘picturing’ her with words … as a lasting image for the mother to treasure”, says Baltussen.

Commenting on language’s healing role, Baltussen says: “When you vocalise the experience, you rise above it and start to see how you can overcome it.”

Modern authors such as C. S. Lewis and Joan Didion have sought solace in a literary response, too. But the medicalisation of grief—viewing it as a mental health problem, to be treated with drugs—has resulted in language being neglected, some believe.

Now, though, the medical approach is being re-assessed, and reading and writing are being embraced anew as belonging to the ‘healing arts’, which also include film, poetry and drama.

The ancients were familiar with all types of loss, including that of an animal—Alexander the Great was said to be inconsolable following the death of his horse. Their writings allow us to “tap into a reservoir of human experience which transcends the historical gap”, says Baltussen.

He is composing a booklet for the bereaved, consisting of classical stories woven together by his commentary, with the working title Consolation in Translation.

For him, grief management and consolation are “at the core of what the humanities deal with: human experience, how it is expressed in the miracle of language and what we might learn from it”.